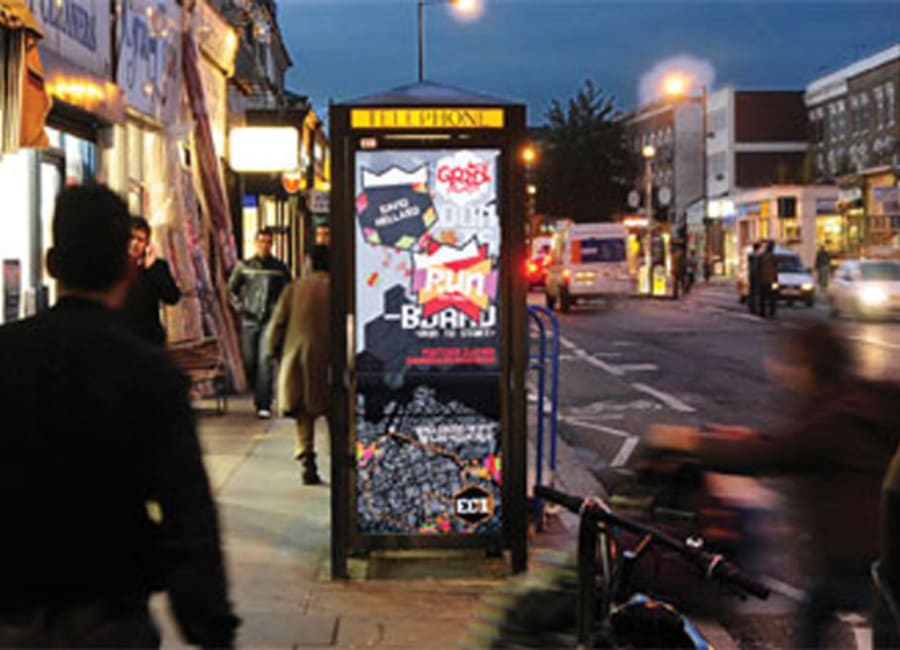 With a brief to change young Londoners’ perceptions of running and to engage a new generation of 17-22 year old runners, the campaign turned running into a game and London into a game board. Players could take part as individuals or as part of a team, amassing points for runs completed across specific postcodes. ‘Grid’ used 200 London phoneboxes to promote the game itself via exterior adverts but also to actually log runs and mark time. Each phonebox was hand-picked and carefully selected due to specific geographical locations.

‘Grid’ tapped into a sense of identity, encouraging individual and team engagement, representing North, South, East and West London.  It linked into social media with a page on facebook delivering real-time updates to heighten the game-play. Players were motivated by points, the occasional prizes but fame above all – with winners celebrated on phoneboxes.

The results of the campaign were outstanding with over 125 runs logged per hour, 74% of players within the target market age, and a total of 12,500 miles ran in total.

“Nike Grid, a powerful collaboration between Mindshare, Kinetic, Wieden & Kennedy and AKQA, stood out as our overall winner for several reasons. It was a fresh, impactful and premium idea, dripping with planning insight, built around laser-sharp targeting and making intelligent use of technology.” Caroline Marshall, Chair of the Judges.

"Nike Grid really pushed the boundaries of outdoor and demonstrates a fresh and impactful campaign." 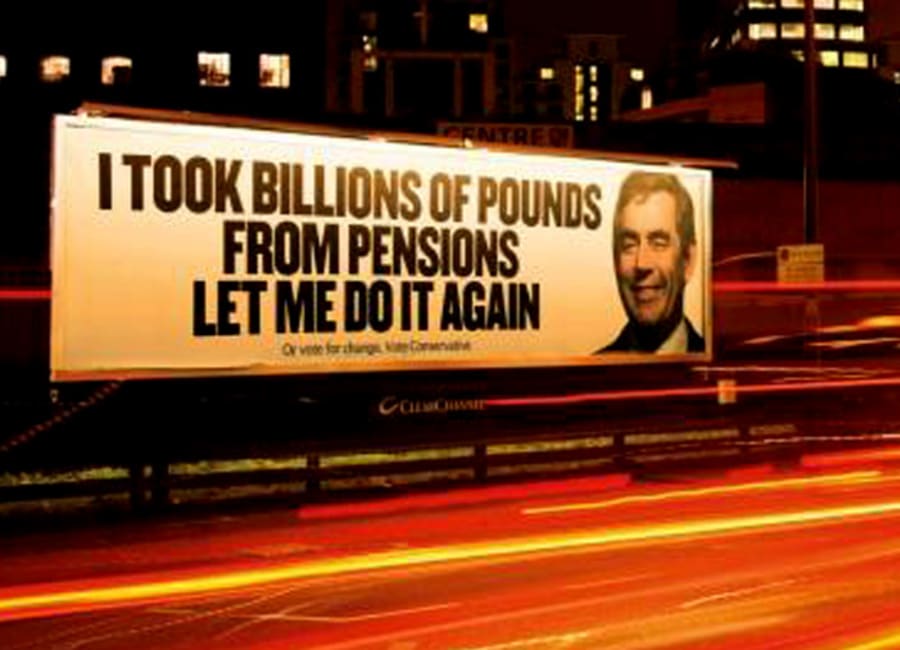 Best use of roadside

The key aims of The Conservative Party ‘Pre-election campaign’ were to deliver change for the UK voter through a five month national operation. The campaign needed to deliver impact and momentum with the flexibility to respond to local concerns through micro-regional messaging targeted by constituency.

90% of the budget went into Out of Home (OOH), with the campaign targeting over 650 constituencies. Mapping tools were employed to match 1.7 million postcodes and 90,000 posters to constituency boundaries, enabling a change of message according to street and constituency. Sites were hand-selected with bespoke schedules in most constituencies. 96 and 48 Sheets with high-impact visuals were used to build trust and confidence through scale and stature. Digital formats were utilised to influence news agenda by updating live copy and using live twitter feeds.

In terms of campaign success: David Cameron is the Prime Minister! A 28%+ swing was witnessed in those constituencies with posters vs. those without and tactical OOH made the Ten O’clock News four times. This winning entry demonstrated excellent pre-planning, strong use of street by street targeting and a strong campaign delivery.

The highly commended campaign in this category demonstrated a brave and interesting strategy which made great use of mapping tools for proximity targeting, with excellent results. 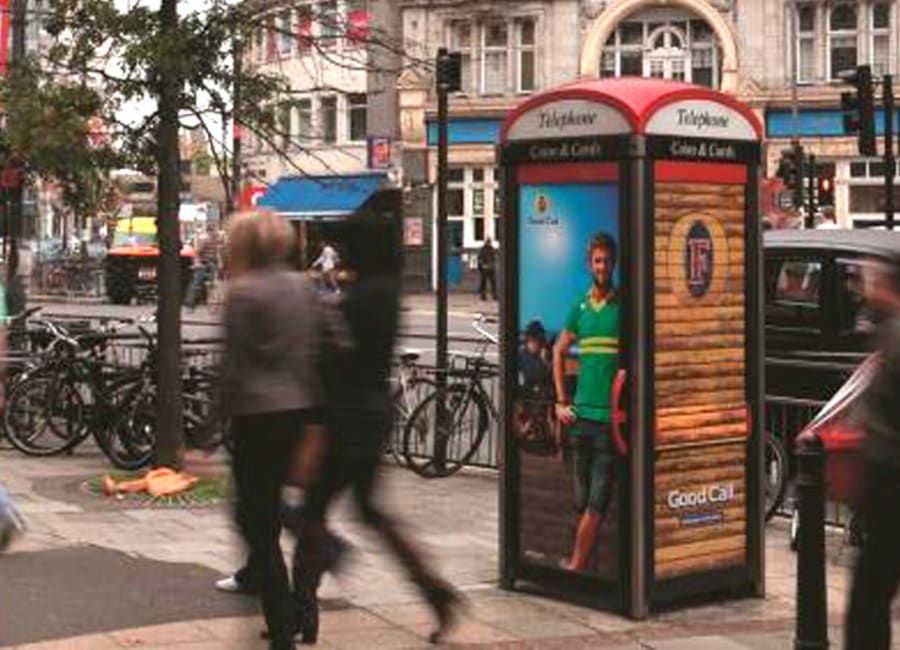 Best use of outdoor in a multi-media campaign

The Foster’s ‘Good Call’ campaign played on the brand’s Australian heritage and ‘No Worries’ attitude to life Down Under. It introduced two new characters, Brad and Dan, in a beach hut in Australia offering advice to men in the UK. With a highly competitive lager market, the aim was to develop a more emotional connection with drinkers, to create engagement with the new characters and to reinforce Foster’s as a positive larger choice.

To achieve this the Out of Home campaign converted 6-sheets and phone booths into mini beach huts and utilised interactive 6 Sheets in key drinking centres to reach the target audience of 18-24 year old men. The campaign brought the target audience together to share and talk about Dan and Brad and their ‘Good Call’ advice. The results were very positive with over 71,900 people interacting over a one month period – an average of 2,400 every day.

The judges felt this campaign was innovative and thorough, with a clear demonstration of the TV and OOH media working well together.

Highly Commended: 'Even Better Clinical' for Clinique by M2M and Posterscope

Clinique’s campaign launched ‘Even Better Clinical’, a new product for a new category of skin care targeting ‘hyperpigmentation’. With little understanding of hyperpigmentation or how to combat it, the campaign had to build knowledge and credibility as well as building hype around the benefits of the product.

Clinique needed to use an attention-grabbing medium, to drive women online as well as providing a continuous dialogue with women in proximity to point of purchase. To do this the campaign used multiple-formats to deliver a combination of traffic driving, coverage, proximity and innovation.

The results were impressive – ‘Even Better Clinical’ was the number one best selling sku in May and June across all prestige beauty products with targets smashed by 125% and 34,000 unique visitors to the website. 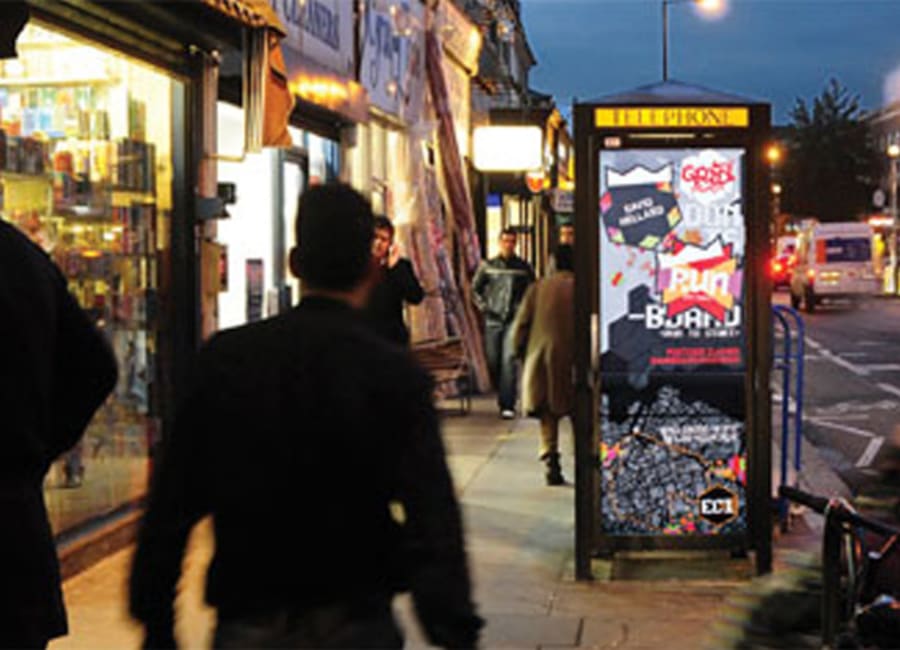 Best use of innovation in outdoor

Winner: 'Nike Grid' for Nike by Mindshare and Kinetic Worldwide

With a brief to change young Londoners’ perceptions of running and to engage a new generation of young 17-22 year old runners, this campaign turned running into a game and London into a game board. Players could take part as individuals or as part of a team, amassing points for runs completed across specific postcodes. ‘Grid’ used 200 London phoneboxes to promote the game itself via exterior adverts but also to actually log runs and mark time.

‘Grid’ tapped into a sense of identity, encouraging individual and team engagement, representing North, South, East and West London. It linked into social media with a page on facebook delivering real-time updates to heighten the game-play.

The results of the campaign were outstanding with over 125 runs logged per hour, 74% of players within the target market age, and a total of 12,500 miles ran in total.

The ‘MINI World Record’ campaign launched the new 4-door MINI Countryman to the UK market with the challenge of conveying the all important ‘essence of ‘MINI’ despite moving away from the traditional 2-doors. The campaign needed to appeal to an audience who would previously have considered the car too small, through communication that was fun, exciting and pioneering.

So the ‘MINI World Record’ was born. People could participate in the World Record attempt by recording a live green-screen video which appeared immediately on video screens integrated into the windows of the Countryman. Interactive booths allowed participants to share their videos via facebook or email.

Results were outstanding – 1.65 million people saw the activity and there were an estimated ¼ million social media impacts through facebook. 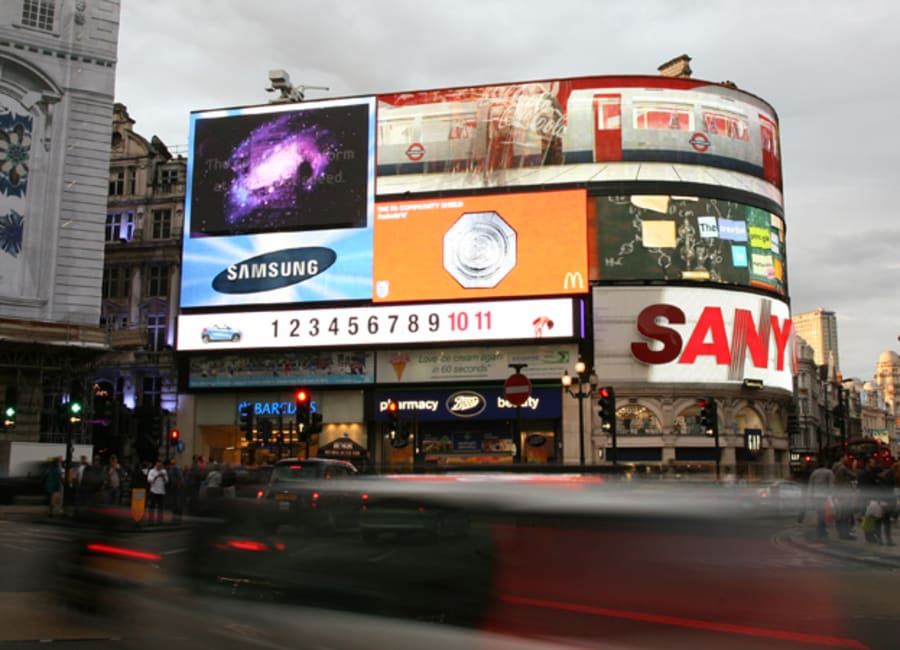 Best use of multiple formats in outdoor

Renault launched their brand new model, the Wind Roadster, with the ’12 Second Strip’ campaign focusing on Out of Home (OOH), social networking and direct consumer involvement. The aim was to deliver mass awareness of the new car launch, engage with the core audience and highlight the unique feature of the ‘revolutionary roof’ which can be lowered in 12 seconds.

The campaign played on the USP of the ’12 second roof’ by asking the public to strip from their winter clothes to summer clothes, film themselves doing it and post the entry onto the Renault website with the best entry winning a Wind Roadster. Shopping malls and gyms were targeted as the perfect environment to reach an image conscious audience in the right mindset. Digital screens were used for demonstrations of the ’12 second roof’ and stature was conveyed using premium iconic sites.

The ’12 Second Strip’ campaign delivered 41 million impacts and 24,000 YouTube video entries. Renault has since committed to more OOH activity than ever before for 2011.

The judges applauded this campaign for the brave use of formats, the innovative use of the media and some extremely positive results

Burton’s foods launched a new type of biscuit into an already crowded marketplace. With a highly competitive market, the aim was to demonstrate the product as ‘something a bit special and unique’.

A wide range of formats in key environments were used for the launch in order to infiltrate people’s daily routines, targeting consumers where they lived, worked and shopped. Premium digital and 48 sheets across the UK capital were utilised to appeal to people’s aspirations and to highlight the ‘specialness’ of the product. To reach as many of the UK target population as possible 6 sheets were used as well as key supermarket retailers for point-of-sale activity.

The results were impressive – After 16 weeks Cadbury Biscuits had become the biggest biscuit launch in the past 10 years and created a £15.2m retail sales value brand in less than a year.

The Cadbury Biscuits entry demonstrates a bold, fun and very successful approach that created mass awareness. The judges were impressed with the strong and individual strategy, execution and results. 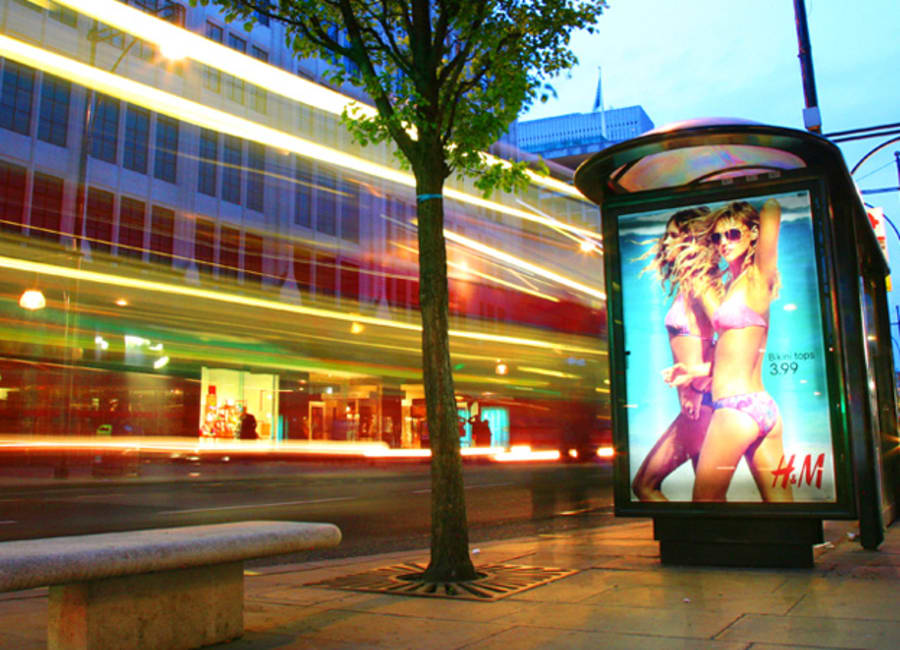 Best use of continuity in outdoor

H&M has become embedded into the Out of Home landscape over the past years and their strong presence on the UK high street is undeniable. The ‘H&M Continuity’ campaign has relentlessly found bolder ways of delivering the message and creating stand out in the OOH arena.

The continuity campaign has used proximity targeting to reach consumers in the perfect place to absorb messages when they are out and about shopping or socialising. Campaigns have been mapped to ensure proximity to store and city centres, reaching 66% of the target audience. 6 Sheets and buses have been used throughout the campaign to target significant central London stores and iconic sites used to create impact for exclusive designer collaborations; creating bold statements and desirability.

H&M’s brand awareness is a huge 98% and H&M globally reported a 15% sales increase for 2010. The judges loved the story behind this campaign. H&M’s long-term commitment to OOH has allowed them to evolve their creative and bursts of research over different campaigns have identified what works best for them.

M&S is a brand which is well known for a bold and highly effective use of OOH. The campaign was rule breaking in many respects and displayed very clever use of tactics.